First ever Map for Environment Mapathon!

South Kalimantan's forests have been decimated by logging

Indonesia has the world's 3rd largest tropical rainforest, but is ranked 2nd for deforestation. Forest fires occur annually across the country, but 2015 was the worst year to date with air pollution reaching more than 2,000 on the Pollution Standard index - with anything above 300 considered hazardous to health. Often started to clear forest for plantations, areas of Kalimantan burned for weeks, sending heavy haze across the region. The Indonesian health ministry recorded hundreds of thousands of people suffering from respiratory illnesses after breathing in smoke caused by peatland fires.

The impact of these fires on local communities was felt across the country and the students of the Green School here in Bali wanted to find a way to help their neighbours. This is where OpenStreetMap (OSM) and the Map for Environment initiative came into play. Working with the Humanitarian OpenStreetMap Team (HOT), a non-profit organisation who utilises OSM for numerous development projects across the world, I knew that mapping features related to the fires in Kalimantan was a way to help highlight and potentially address the issue. A project was set up in the HOT Tasking Manager for a town near Bahaur, in South Kalimantan, with road, settlement and waterway features requested to be mapped.

Furthermore, peatland fires can travel underground and resurface kilometres away making them hard to control. Although it appears to no longer be burning at the surface, it can still continue to burn underneath making peatland fires very difficult to stop, and firefighters work relentlessly to extinguish these with little success. 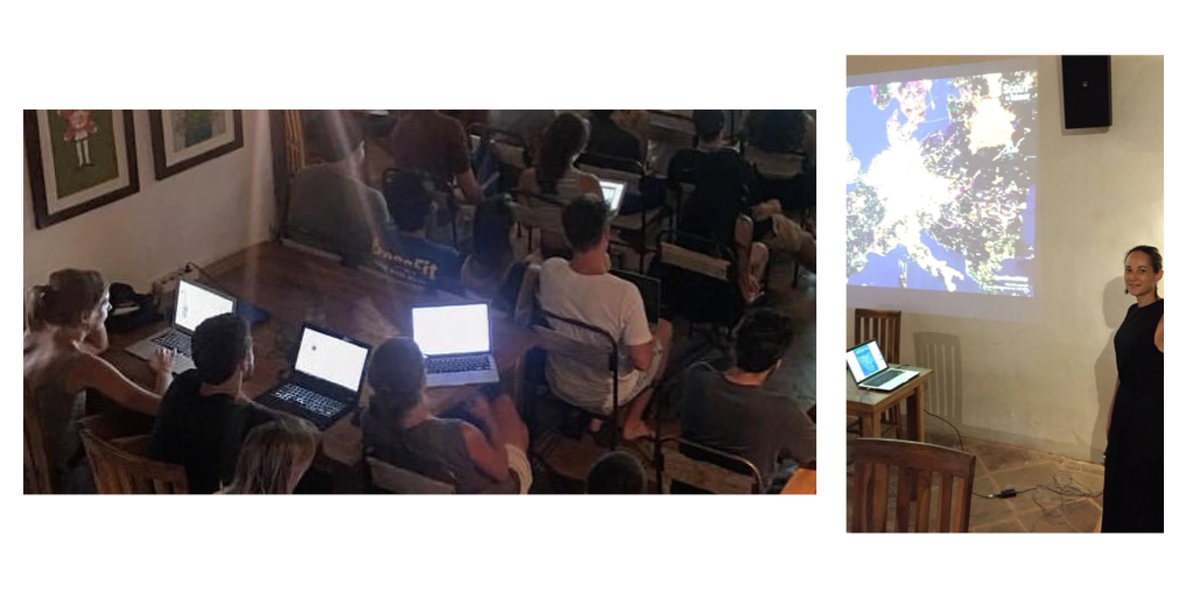 A mapathon funded by Map for Environment was organised to help with this mapping. The event was hosted at the Dojo Co-Working space in Bali, Indonesia, in an effort to engage the local community, raise awareness on the issue, expose individuals to OSM and teach them how to contribute through the HOT Tasking Manager. Unfortunately the OSM community is still fairly small on the island and the participation numbers were low, but those that did attend were greatly moved by the initiative and thorough in their contributions. This was a great starting point and a key stepping stone for learning how to better engage the public in the importance of our environment, mapping and open data.

The key aim of this initiative is to help identify areas where logging roads and canals are present, causing the land to drain. This is where the use of OSM to create and share the data, with the support of Map for Environment is invaluable to efforts. By creating this information and making it freely available to stakeholders, such as government organisations, NGOs, the private sector and individual community members, hopefully the Kalimantan forest fires can be addressed at the source. Instead of fighting the fires, they can hopefully be prevented from the start by retaining the lands natural moisture.